Getting Started with Git

We’re using Git in my Elements of Databases class this semester, so I though I would put together a crash course for Git. So here goes!

TL;DR explanation of what Git is:

Git was designed to allow multiple users to work on the same project as the same time.
It also serves as a way to save and display your work history.

There are various ways you can use git (command line, SourceTree, GitHub client, TortoiseGit, or some combination). My personal preference is SourceTree for mostly everything, TortoiseGit for merge conflicts, and command line only when necessary.

So the first step is to download and install the software that you would like to use. I am going to be showing SourceTree, but it should be a similar process for other programs.

Go to this link: http://www.sourcetreeapp.com/download/
The download should start within a couple seconds. 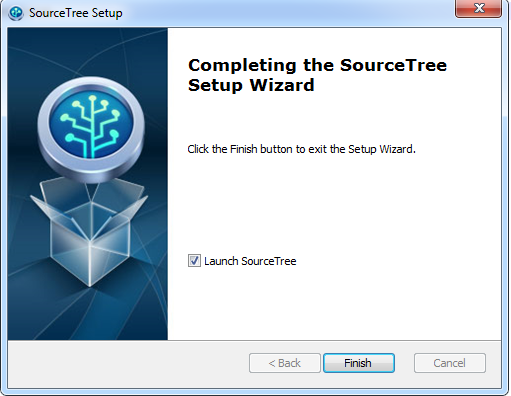 So now you have everything installed, let’s actually get into usage. The first thing you’ll want to do is create a repository. You can think of this as a giant box to hold all your code and changes. So let’s head over to GitHub. Once you’ve logged in, you should see something similar to this: 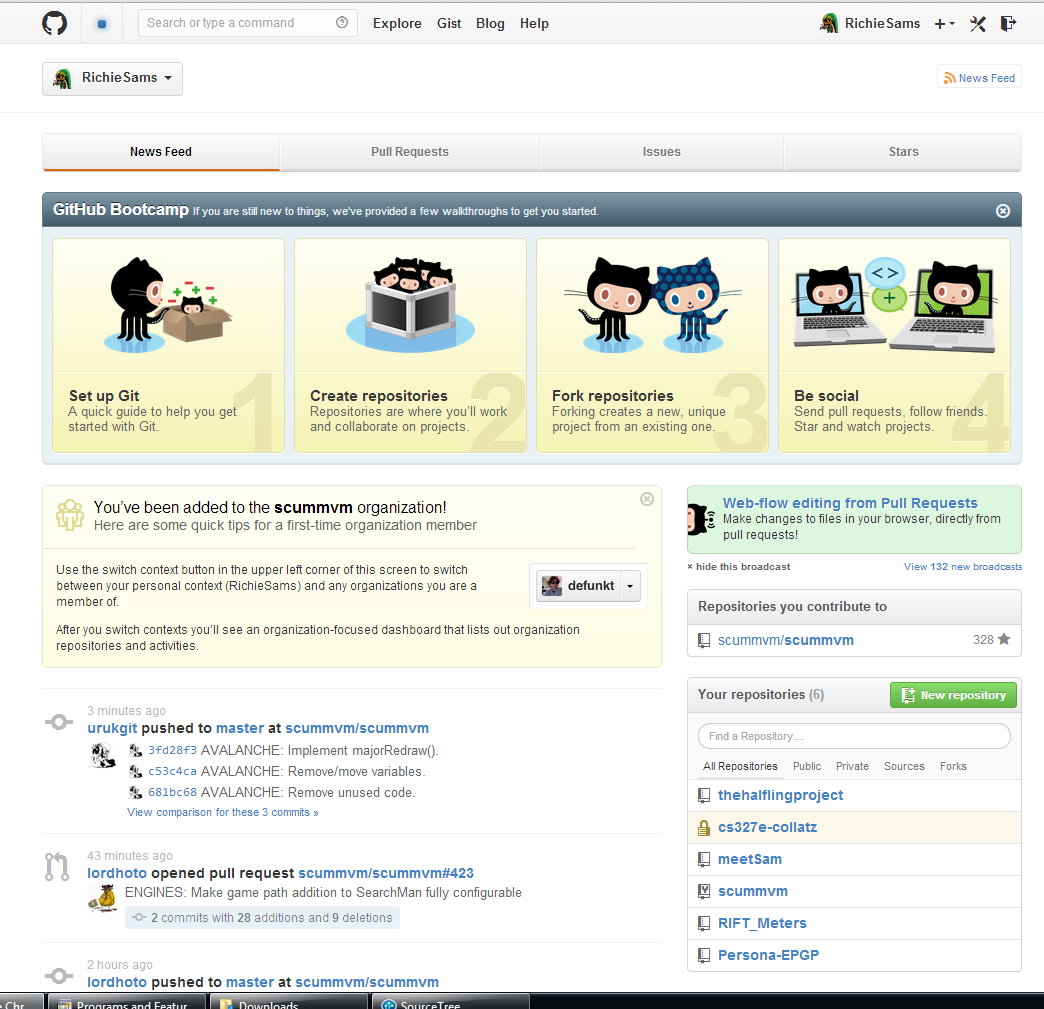 Now that we’ve created the repository, we want a copy of it on our local machine.

Now let’s get into the basic usage of git

Let’s add a python file with some basic code. So browse to the folder that you just created and create a file called hello.py. Open it with your favorite editor and write a basic Hello World.

Ok now that we’ve created this file, let’s add it to our repository. So let’s go over to SourceTree.

You might notice that SourceTree tells you that “master is 1 ahead”. What does this mean?

When you commit, everything is local. Nothing is transmitted to GitHub. Therefore, SourceTree is telling you that your Master branch is 1 commit ahead of GitHub.

So let’s fix that!

Now everything is synced to GitHub.

Before I go any further I want to make a few comments on commit style and commit message formatting.

With that in mind, Git has a standard commit message format:

So an example would be:

SYSTEM_NAME refers to whatever part of the project the commit affects. IE. SOUND_SYSTEM, GRAPHICS_MANAGER, CORE. For our class projects, we probably won’t have subsystems, so we can just use the project name, ie. for this first project COLLATZ.
The commit message should be short and to the point. Any details should be put in the body of the commit.
If you have a commit body, there should be a blank line between it and the commit message.

Let’s do another example commit

However, it would make sense to split the changes into two commits. How do we do that?

DANGER: Once you discard changes, they are gone forever. As in, no getting them back. So be VERY VERY careful using discard.

So far, we’ve been the only ones on our repository. However, the whole point of using a repository is so that multiple people can work at the same time.

This is a portion of the commit history for an open source project I’m part of called ScummVM:

As you can see, there are many changes going on all the same time.

How do you pull?

Just click the “Pull” button in SourceTree. Click ok and wait for git to do its work. Once it finishes, you’ll notice Joe’s new commit have shown up in your history. *Now* you can push.

Therefore, it’s common practice to always pull before you push. Nothing will go wrong if you don’t, since git will catch the error, but it’s a good habit to get in.

So say you have a group of changes that you’re working on, but you want to try a different way to fix the problem. One way to approach that is by “Stashing”. Stashing stores all your current changes and then reverts your code back to your last commit. Then at a later time you can restore the stash back onto your code.

Stashing can also be done on the command line with:

Going back in history

Say you want to go back to a certain state in your history, perhaps because that was the last time your code worked, or maybe to see if a certain stage also had a certain bug.

Consider that you and Joe are both trying to come up with a solution to a bug. Rather than both working in ‘master’ and potentially messing up each other’s code, it would make more sense if you each had a separate instance of the code. This can be solved with branching.

So to start, let’s create a branch.

Now that you’ve committed some changes to another branch, let’s merge it back into master

Well, that’s pretty much all the basics. There are many many many more things you can do with Git, but you can worry about that when you the situation arises.

You are more than welcome to leave a comment if you have any questions or if you have any suggestions for improving what I’ve written or the structure of how it’s organized. Also, please let me know if you find any errors.